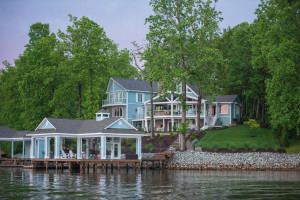 Smith Mountain Lake offers plenty of outdoor recreation. There’s boating and waterskiing, fishing and sunbathing. But when Jeanne Wagoner and her late husband Joe moved to the lake in 1991 to build their dream house, Wagoner noticed something right away. The recreational pursuit her neighbors seemed to enjoy the most was studying the lake houses that dotted the shoreline of the 32-square-mile reservoir.

“There had been a lot of development on the Bedford side but not on the Franklin side,” says Wagoner. As she watched older lake homes in Bedford County get facelifts and new ones go up in Franklin County, she paid attention to the talk out on the lake. “When we’d take our boat out, it always seemed like I was meeting people who were interested in the houses.”

Wagoner was on the board of the Blue Ridge Chapter of the National Multiple Sclerosis Society in Charlottesville back then. The non-profit had asked if Wagoner would host a fundraiser out at the lake, and when she proposed a small home tour—accessible by both car and boat—she immediately wondered if she’d bitten off more than she could chew.

She formed an exploratory committee made up of her husband and a few neighbors, but it wasn’t until a stranger dropped off a three-ring binder that Wagoner began to feel like she might be able to pull the event off.

“This woman just said, ‘I heard you were going to do a home tour,’ and she handed me this big black notebook. It was from a historic home tour that had been running successfully for 30 or 35 years. The notebook told me just about everything I needed to know—except maybe how to get boats from one dock to another.” 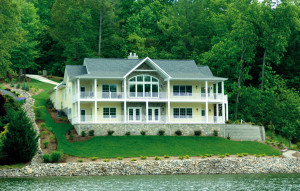 The Smith Mountain Lake Charity Home Tour has accrued 25 such binders since then, and claims the distinction of being the only home tour in the country accessible by boat. This fall, on Columbus Day weekend, Wagoner will watch as her “small” home tour celebrates its 25th anniversary. Today, more than 1,500 people buy tickets each year to tour eight homes scattered along the lake’s 500 miles of shoreline. To date, the event has raised $3.8 million for charity, showcased nearly 200 homes, and supported more than 30 charities in the region.

Nineteen years ago, the tour’s board made the decision to expand their reach beyond the MS Society, allocating their proceeds—which total more than $100,000 per year—to a rotating list of eight local charities. Charities apply to participate, and if selected, commit to hosting one of the tour’s eight houses. Duties include but aren’t limited to staffing the house with volunteers during the three-day tour and helping solicit sponsors.

“The charities we support help our neighbors who are in need of food, shelter, healthcare and other vital services,” says Denise Tuttle, the tour’s executive chair.
STEP, Inc. is a community action agency that serves Franklin and Patrick counties and operates programs such as HeadStart and Meals on Wheels. The agency was recently selected to be a charity participant on the 2015 tour and has been on the tour twice before—once in 2012 and again in 2014. In 2014, STEP recruited 135 volunteers to staff Bob and Pat Wetherel’s home in the Contentment Island neighborhood.

“[The tour] does so much for us,” says Cindy Treadway, who sits on STEP’s board of directors. In addition to the money the event raises, Treadway credits the tour with helping non-profits raise their profile in the community. “You become a resource that [tour participants] can pass along to people they may cross paths with in the future. It makes a person feel good to know how to help someone else.”

In total, it takes more than 1,200 volunteers to make the Smith Mountain Lake Charity Home Tour happen. There are committees for everything—recruiting homeowners, selecting charities and soliciting sponsors. And then there are the jobs people don’t always think about. To get through the weekend, the tour needs hundreds of parking attendants, dock workers and hostesses.

Hostesses are stationed in each room and prepped to answer questions about furnishings and décor. 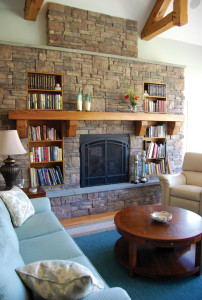 “Sometimes people want to know about the color of the paint on the wall, or they’ll want to know who did the decorating. But sometimes they’ll ask about a particular item—a piece of sculpture or a photo on the wall,” says Smith Mountain Lake resident Carla Laseter, the publicity chair for this year’s tour. “If you’re placing people in each room and you’ve got a 9,000-square foot home, there are quite a lot of rooms.”

When Laseter moved to the lake in 2013, she and husband Jim were looking for ways to get involved in their new community. Volunteering for the home tour turned out to be a great way to meet their neighbors, and it wasn’t long before they’d agreed to put their own home, on a cove off the Blackwater River, on the tour. Participation in the tour is a family affair; Carla’s husband Jim is chairing sponsorship solicitations this year.

Homes on the tour can’t be on the market, and it’s up to homeowners to decide whether they’d like to remain in their home while it’s being toured. Some prefer to be absent, but most choose to stay, chatting with visitors and answering questions. Almost everyone finds other accommodations at night, opting to stay with friends or at nearby hotels rather than risk mussing a perfectly primped home.

Homeowners who put their homes on the tour aren’t reimbursed for any expenses they incur prepping for the event, though most use the tour as an excuse to spruce up their landscaping or finish interior projects they’ve been putting off.

“We tell people that if their home is selected, it’s deemed ready for the tour as is,” says Laseter, who admits that she and her husband have enjoyed getting their home ready to show. “We’ve found that most of the projects we took on in preparation for the tour were things we wanted to do anyway.”

This year’s Smith Mountain Lake Charity Home Tour will take place Oct. 9-11, 2015. Tickets to the rain-or-shine event cost $20 in advance and $25 at the door. Learn more at www.smlcharityhometour.com

Previous Post: Organized Sundries: Get Ready to Grab-and-Go to the Lake
Next Post: Living At The Lake 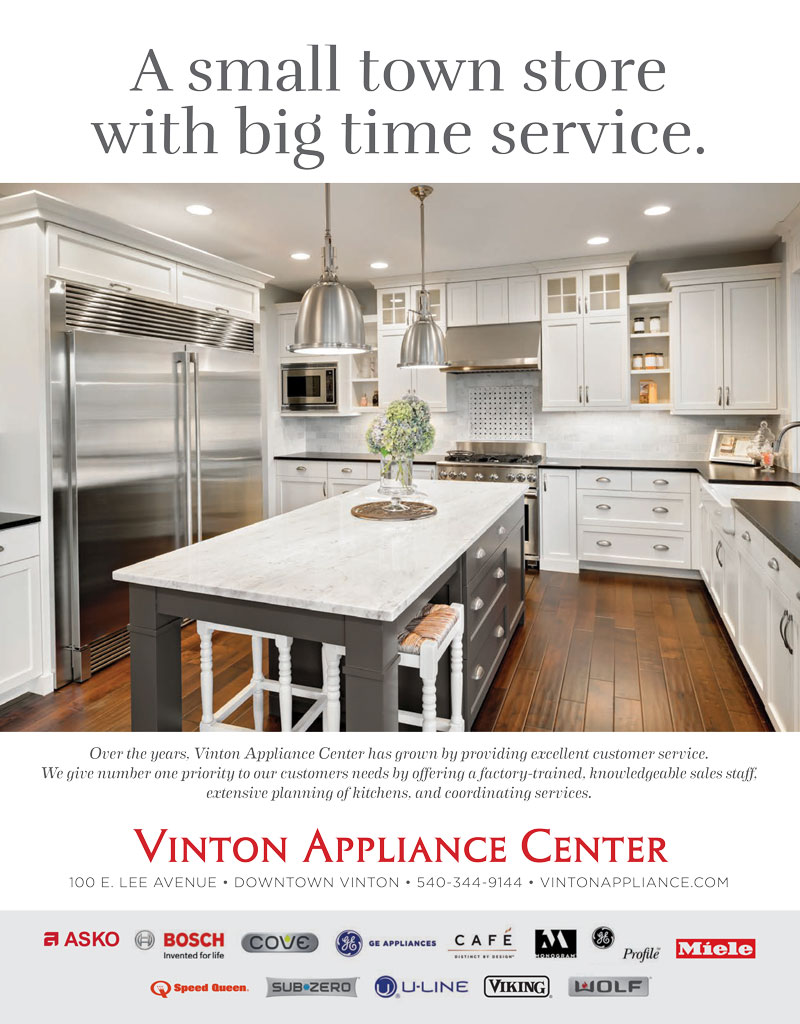