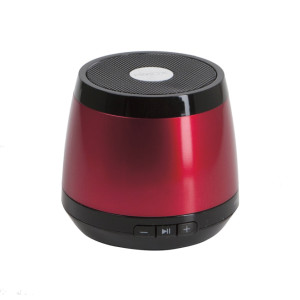 “You’ve come a long way, baby!” If you remember that catch phrase, you probably remember the advent of portable music with the transistor radio. We’ve come a long way from the days of being tied to the room in which the music device resided—radio, tape deck or turntable. With Bluetooth technology, we can now listen to music wherever we want, whether it’s on the porch, on the dock, or on a mountaintop.

From the portable transistor radios of the 60s, which originally only played AM radio, hand-held radios “grew up” into the huge boom boxes of the 70s, then shrank again with the portable cassette and CD players of the 80s. Around the turn of the century, MP3 players allowed us to put our playlists into one device, instead of carrying around cassettes or CDs.

Now you can access all your music from your smartphone, which is designed to play music, watch movies and videos, and play games (in addition to making phone calls). Phones are capable of holding mass quantities of music, but you can also access the Internet via Wi-Fi or data service and play your own music or listen to Internet “radio.” And you can tie your phone via Bluetooth to a speaker system in your car or your home or yet another portable device—the Bluetooth speaker. 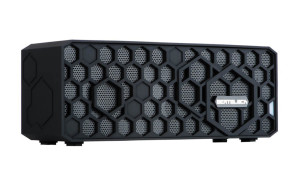 Despite the capital “B” in Bluetooth, it is not a brand, but a specific kind of wireless technology. Originally created to facilitate wireless data transmission, Bluetooth was invented by Ericsson engineers in 1994. Many of the earliest Bluetooth devices included wireless keyboards, mouses and headphones. Then came Bluetooth watches, TVs, speakers and more.

As far as music sources, the sky’s the limit. Want to listen to your personal music collection? You can upload your library to cloud storage with companies like Amazon Cloud Player, Apple iCloud, or Google Play Music. Once your collection is uploaded, you can listen to it from anywhere at any time—on your phone, your tablet or your desktop computer. Another option is streaming radio services such as Pandora, Spotify or iTunes Radio.

But the built-in speakers on phones aren’t meant for concert-hall sound. Good quality sound has meant being tethered to headphones or via cables to a speaker set. Until Bluetooth came along. Think of Bluetooth as the “cord” that connects these devices. 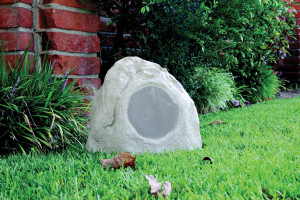 Once you get a set of Bluetooth speakers, remember there are some limitations. Bluetooth technology is limited by distance between the speakers and the source—phone, tablet, or laptop
(it’s like trying to take your portable home phone out for a walk)—and battery life of either the speakers or the source. So if you want to take your phone and speakers down to the dock to have a party, make sure your phone and speakers are well charged beforehand. You’ll only be limited by your music library (or food and drink supplies). 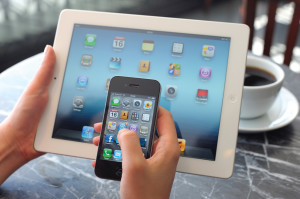 Prices for Bluetooth speakers run the gamut, to say the least. You can spend a few dollars for a single, simple portable unit (think small speaker to cart back and forth from the dock), a few hundred for a system that’s more substantial, or a few thousand for a system installed in your home (wires hidden in walls, speakers flush-mounted in the ceiling). Figure out where, when and how you want to be able to listen to music, and how much you want to spend, to determine which system is right for you. 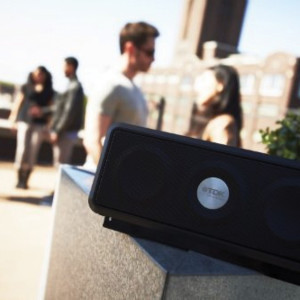 Something to keep in mind when buying Bluetooth speakers: You will get a better quality sound out of your speakers if they have the same, or more recent, Bluetooth version as your device (1.2, 2.0, 3.0, or 4.0, the most recent). It’s like the difference between Windows 95 and Windows 8.

Also keep in mind that if you access your stored music or a streaming radio service via the Internet that you either use available Wi-Fi, or have unlimited data on your phone. You don’t want the shock of a large phone bill to dampen the mood.

So set up your Bluetooth speakers, sit back, put your feet up, and enjoy the sound. 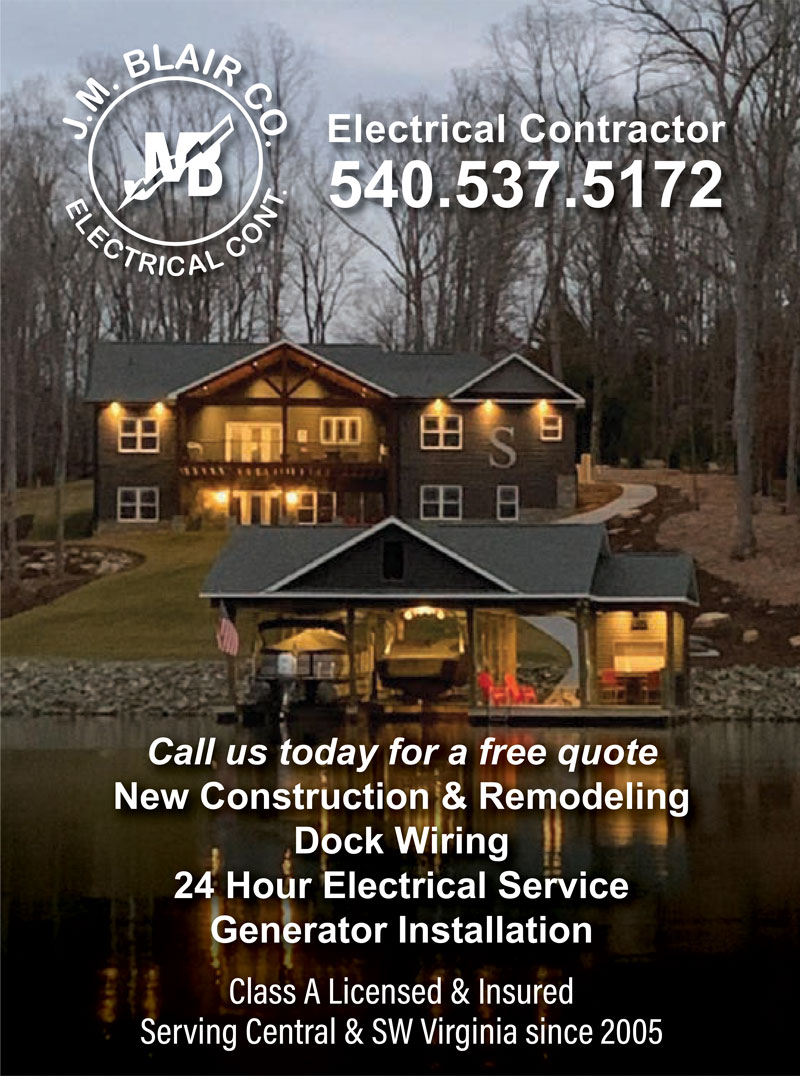