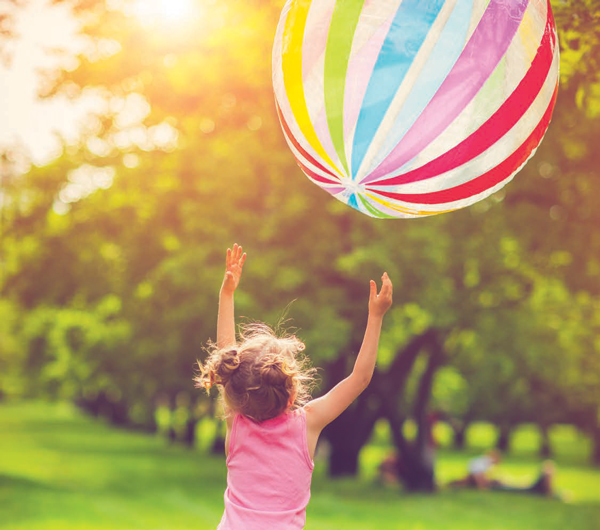 Time at the lake is a chance to forget the stresses of everyday life and connect with friends and family. If you’ve noticed that the only connection is through the WiFi, there are many outdoor games that foster a sense of teamwork and competitive spirit, and are a fun alternative to time on the water. So tell your group to give Candy Crush and Fortnite a break, power down the devices, and get moving!

Beach and lawn games
There are many possibilities for outdoor games that don’t require big swaths of land, and can be enjoyed equally on a small sandy patch near the water (if you’re lucky enough to have one), or in the grass, enjoying a killer lake view while you wait your turn. 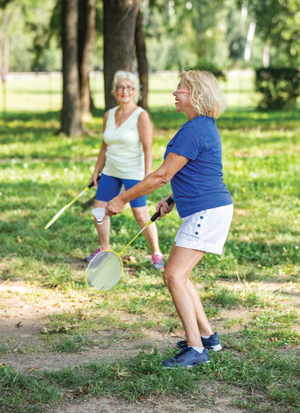 Badminton: A summer Olympic sport, this racket game is distinguished from its cousins by the shuttlecock, a plastic object that is hit over a net. The formal version of the game is indoors, but it’s often played on the beach or in backyards. Only two or four players are needed for a singles or doubles match; score points by striking a shuttlecock and landing it within the opposing team’s half of the court. If you want to get technical, games are played to a score of 21, with players scoring a point when they win a rally, regardless of who served. A match is the best of three games. Equipment needed: A portable net, badminton rackets and shuttlecocks.

Oversized checkers: Playing checkers outdoors on a large-scale board is a fun alternative to this traditional rainy day game, and even the smallest players can learn the easy rules. Divide into two teams, or play one-on-one. Oversized, outdoor versions of many old-school games have found a following, so if checkers isn’t your favorite, go for oversized dice games, Jenga or Connect 4. Equipment needed: Oversized outdoor versions of your favorite indoor games are readily available at retail, or make your own checkerboard and pieces with cardboard and paint or markers.

Gaga Ball: Gaga Ball fever has spread faster than a virus in a kindergarten class, and for good reason. A kinder, gentler version of dodgeball, Gaga doesn’t require great athletic skill. The decades-old game that is believed to have originated in Israel (Gaga means “touch, touch” in Hebrew) can be played in a permanent or portable hexagon or octagon pit about 15 to 25 feet wide with walls under 30 inches high. It can be on grass, blacktop, sand or wood chips. Players start with one hand touching a wall, and a lightweight ball (like the one used for kickball) is dropped in the center. Someone then slaps the ball underhand, attempting to hit the other players on or below the knee to eliminate them from the pit. It’s more of an investment than most other games, but the hours of fun just might be worth it. Equipment needed: A gaga ball pit and lightweight ball.

Spark nostalgia in the over-35 set
Guests born before the 1990s are old enough to remember the days when smartphones and the Internet weren’t around and kids had to make their own summer fun. A mix of kids and adults is the perfect group to execute these old-school gems, and once the kids have caught on, you can bail out for a cocktail.

Kickball: Kickball originated in the U.S. in the first half of the 20th century, and was created to introduce kids to baseball concepts in public school. It’s a game that has enjoyed enduring popularity, with adult kickball leagues on the rise. To play, split up into two equal-sized teams, and set up three bases and a home plate on the grass in a diamond shape. A pitcher rolls the ball to the kicker, who tries to kick it and advance around the bases to score a run. If an opposing player catches the ball, the kicker is out, or he can be forced out at a base (like in softball or baseball). Equipment needed: Rubber kickball (a soccer ball can be subbed for a rubber kickball), a home plate and three bases. 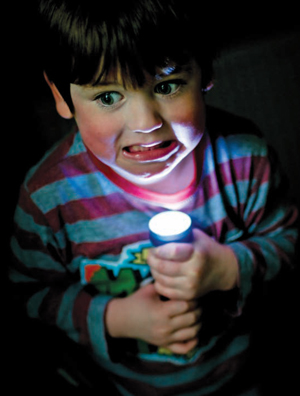 Flashlight tag: When the sun dips below the horizon, it’s time for mosquito bites and flashlight tag (for safety, layer on the bug spray and keep the boundary of play away from the water’s edge or other hazards). Flashlight tag is a mix of tag and hide and seek, and is played after dark in an area that is not well-lit and has ample hiding spots. The person who is “it” has the flashlight, and counts while everyone else hides. After calling out “ready or not,” they search with the flashlight, and when they get close enough to shine the beam on a person’s face and call out the name, that person is out. Variations include multiple people being “it” and having a jail where people can be tagged out. Equipment needed: Flashlight(s).

Capture the Flag: Once upon a (different) time, it would’ve been hard to escape childhood without playing this classic neighborhood game. If you’ve never been in on the fun, it’s not too late! Divide into two teams, and designate a flag for each team (this can be anything, including a beach towel). The objective is to capture the other team’s flag at their base, and bring it safely back to your team’s base. Opposing players can be tagged, and, depending on how you want to play, can become members of the opposite team, be “frozen” in place until tagged by a teammate, or be out of the game. Equipment needed: Two flags or towels, cones or other markers to separate the two territories.

Driveway games for young kids
If you’ve got young kids at the lake, chances are they want to gogo- go—even if the rest of the gang is sacked out on the couch from an active day on the lake. If you have a few props on hand, they can entertain themselves on the driveway, away from the water where your constant eye is needed. 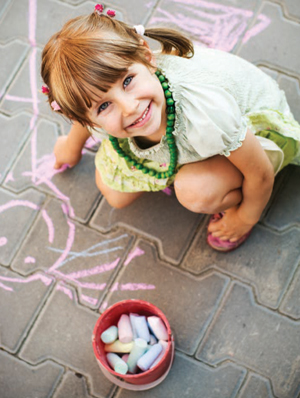 Driveway Art: The options for driveway paint and chalk products abound, and are more fun than you remember. Paints made for the task allow a budding artist to make the driveway his or her canvas, and create for hours. It’s washable and non-toxic, so easily washes off with a spray of the hose and won’t harm lake wildlife. Glitter chalk, neon chalk and 3D chalk that appears 3D with special glasses are readily available. Driveway chalk stencils and “stompers”—which are filled with powdered chalk and attach to the bottom of a child’s shoes—allow them to make dinosaur or other prints on the sidewalk. If older kids scowl at the idea, show them some amazing Pinterest and Instagram chalk art to get creative juices flowing. Equipment needed: Sidewalk chalk, paint, and/or stencils and accessories. 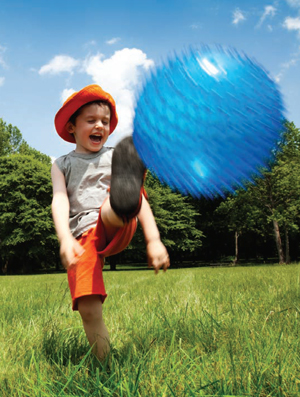 Four Square: A giant square, made with chalk or painter’s tape, is divided into four equal parts. Aim for approximately fivefoot squares for children, and up to eight feet for adults. Number the squares from one to four, clockwise. A player stands in each square; the highest square serves. The server bounces it once in his square, and then hits the ball to the square diagonal from his square. The receiver can then hit the ball to any square. If a receiver misses twice in one round, they are eliminated (or in the case of only four players, moves to the lowest-ranked square). The goal is to move up to the servers’ square. The beauty of four square is that basic rules can be changed, and variations added to the players’ hearts’ content. Equipment needed: Bouncy playground ball, tape or chalk to mark squares.

Jacks: You’d be hard pressed to find a game as old as Jacks, which has been played for more than 2,000 years. In texts left behind by the Greek philosopher Sophocles, there is mention of the game being played around the time of the Trojan War (1190 B.C.). If this piece of trivia doesn’t impress your young guests, you still might have willing participants, who can spread out on the driveway and play solo or in a group. First, scatter the jacks on the ground by tossing them. Throw the small rubber ball straight up, and grab a jack with the same hand that you bounced the ball with. Continue the process for all 10 jacks, or pass the ball to the next player if you don’t complete all 10. In the next round, pick up two jacks at a time, then three in the third round, and so on. Equipment needed: A set of jacks, which usually come in a pack of 10 with a small rubber ball in a carrying pouch.

You don’t have to overthink how to execute games at the lake (this is supposed to be fun, after all). Stock up on a few things when you make your next supply run. A basket filled with assorted balls, sidewalk chalk and a flashlight can be enough to spark interest in a making up a game, or could be enough to while away the hours if the WiFi connection goes down. And we won’t tell if you unplug it on purpose. ✦ 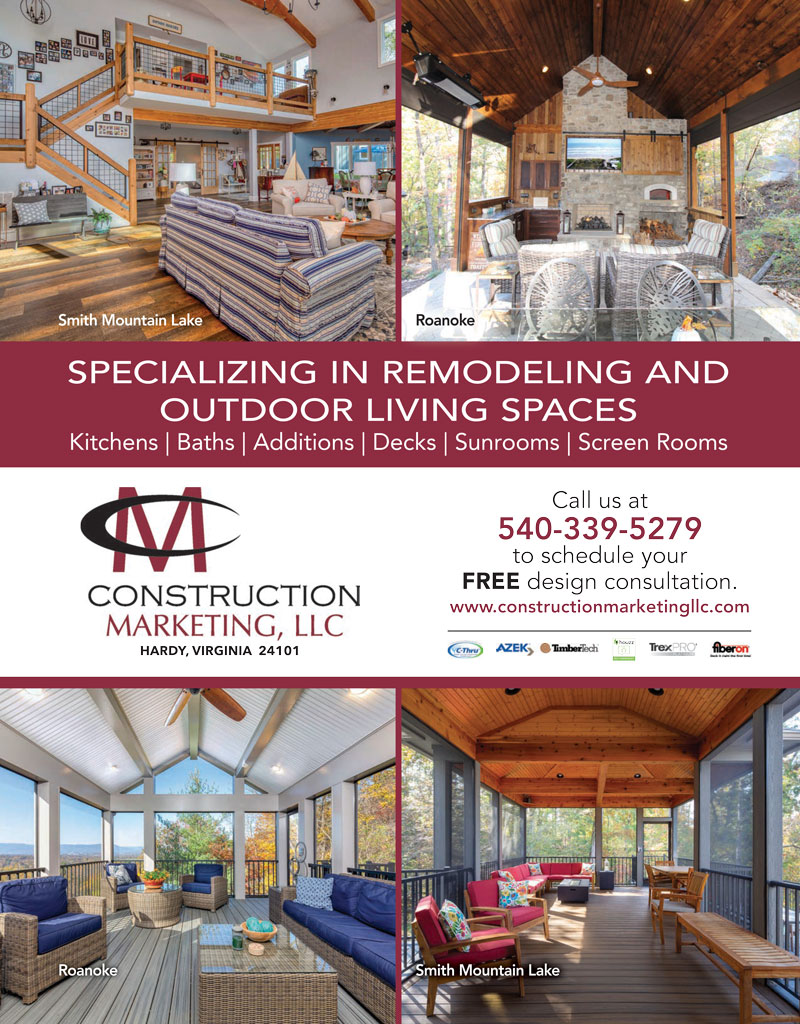