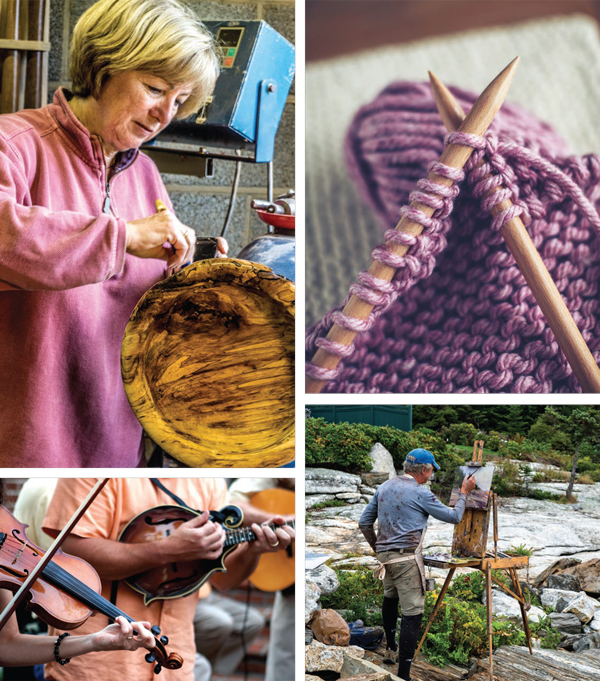 Luckily, those who call Smith Mountain Lake home (even for occasional visits) have abundant options to explore what creativity means to them. From woodturning to ceramics, creative writing to photography, the area—including nearby communities of Moneta, Rocky Mount and Bedford—gives many opportunities for residents to return to an old hobby, expand their knowledge in a familiar area, or learn something new.

Building community
Building community at Smith Mountain Lake is important, given the blending of longtime residents with those who come to the lake from elsewhere after careers or in search of a quieter existence. Barb Nocera, president of Smith Mountain Arts Council (SMAC), points to a building boom in the 1990s, which led the population to swell to roughly 30,000.

“All those people brought amazing talents with them: painting, writing, acting,” Nocera says. “There’s really a lot of talent around the lake. [SMAC] tries to nurture local performers, and then people come together to enjoy the entertainment.”

A 2018 SURVEY SPONSORED BY AMERICANS FOR THE ARTS, A NATIONAL NONPROFIT THAT ADVOCATES FOR THE ARTS AND ARTS EDUCATION IN THE U.S., FOUND THAT 69 PERCENT OF THE POPULATION BELIEVE THE ARTS “LIFT ME UP BEYOND EVERYDAY EXPERIENCES,” WHILE 79 PERCENT SAY THE ARTS PROVIDE A “POSITIVE EXPERIENCE IN A TROUBLED WORLD.” ADDITIONALLY, INVOLVEMENT IN THE ARTS SUPPORTS COMMUNITY; 72 PERCENT BELIEVE THE ARTS UNIFY COMMUNITIES REGARDLESS OF AGE, RACE AND ETHNICITY.

SMAC sponsors programs—including annual art and photo shows, and coffeehouses with local musicians—and collaborates with 11 affiliate groups that share a mission of promoting the arts. One group, the Lake Players, produces two theatrical performances every year. “They have quite a following,” Nocera says. “People enjoy that it’s their friends and neighbors who are the actors.”

Hands-on involvement is key to the mission of the Bower Center for the Arts in Bedford, which has gallery and studio space, and also offers classes, workshops and community arts projects year-round.

“Support for artists in Bedford is not proportionate to [the town’s] size,” says Katrina Pick, the center’s communications and marketing coordinator. “There’s a thriving arts scene here. This space is pure community building, a place where everyone is welcome.”

Pick says the center’s classes—which range from pottery and ceramics to mosaics, knitting and watercolors—are geared for everyone. “We always say our focus is not what your skill level is, but on the creative process and developing the creative process,” she says.

To reach people who might not seek out a class, the center initiates community art projects that ask for small contributions, such as the pair of wings fashioned out of 500-plus feathers—each colored individually. “We try to catch people at the door, and eventually they engage,” Pick says.

A self-described photo hobbyist in his youth, O’Connell said he returned to photography through photo clubs in Roanoke, Bedford and Forest, and was asked by SMAC to start a club locally.

Unlike most other photography clubs, this one doesn’t sponsor a competition. “People can join other clubs for that,” O’Connell says. “I’m more interested in developing my and other people’s photographic eye, not thinking about outdoing someone else.”

The group’s monthly meetings include both exhibition and instruction. Each meeting opens with a slideshow of members’ photographs on the monthly theme (“leaves” or “black-andwhite” for example) and then move to an instructional session on topics ranging from how color is handled in software to landscape photography to depth of field.

During the slideshow, productive comments are encouraged, O’Connell says.

“The whole idea is to draw on one another’s creativity for inspiration and for knowledge,” he says. “The rule is you can’t just say, ‘I like it’; you have to talk about the mood, feeling, framing, composition, but not in a critical manner. We don’t want anyone to be uncomfortable about their work. The whole idea is to elevate everyone, not diminish anyone. You learn from each other.”

O’Connell says the group is open to all, because “If you have a cell phone, you can take a picture.”

As a chapter of the American Association of Woodturners, the group seeks to expose and educate about woodturning, which originated with the Egyptians thousands of years ago. Monthly meetings feature a demonstration from a local member, or a presentation from a nationally or internationally known turner.

Madar recommends that people with no woodturning experience start with a workshop offered by the Roanoke club. “A class is the safest way to learn proper tool techniques,” he says. “In general, woodturning isn’t inherently dangerous, but you have to be careful.”

Woodturners need a lathe and tools; the initial expense can cost roughly $400, Madar says, noting that the wood itself is relatively easy to come by. “I have more wood than I’ll ever turn in a lifetime,” he says, adding members will often bring wood to share to meetings.

Madar says the immediacy of woodturning is what often appeals to newcomers. A bowl can be turned and finished with oil in a few hours; other “utility” items such as pens, bottle stoppers, pizza cutters and pepper mills are also easy to make, thanks to easy-to-assemble kits.“It’s almost instant gratification,” he says.

For many musicians, whether vocal or instrumental, gratification comes in the shared experience of making music in a group. Ricky’s Bluegrass Connection in Moneta hosts an open “jam” every Friday night, welcoming musicians from near and far.

“We take just about anybody,” says Laura Ellis, who, with her father, Ricky, runs the business that also offers music lessons. “We’ve had people come in with a tambourine, with a kazoo; one time, we had a guy come with a trumpet, and he played.”

People of all ages—including children—can come to listen, at no cost. “It’s like walking into a home,” Laura Ellis says. “It’s a family-friendly environment. We put out snacks, everybody brings a little something. You just jam, you snack, you make jokes.”

Vocalists have the Lakeside Singers, which practice weekly March-May to prepare for their annual concert in June. Organizer Karen deBord says people come for “the love of singing and camaraderie.

“This is one choral music outlet that allows people to sing without being singled out as a soloist or in a small group,” she says. “You can blend in and be a part of the whole.”

No prior musical experience is necessary. “A few who do not read music learn the words well and their musical part enough to sing with the choir,” deBord says. “I find that those people are very astute in a way that others who read music are not. They may even have to work harder!”

Experienced painters as well as novices are found within Bald Knob Artists, which meets monthly in Rocky Mount to share their appreciation of painting, drawing and other visual arts. “You’re with a lot of people who are really interested in the arts,” says treasurer Harriet Madar (wife of woodturner Dan Madar). “There’s always somebody who paints better than you; there’s always someone who brings something to the table.”

Some months, guest speakers come to offer programs on specific topics or to critique members’ works. As with the other groups, the purpose is to support and educate, not discourage. “We like to get the word out and let people know we are there and that everybody is welcome,” Harriet Madar says.

In the end, arts involvement is less about what someone does and more about the doing itself, the Bower Center’s Pick says.

“Art is play for grownups, and grownups need to play.” ✦ 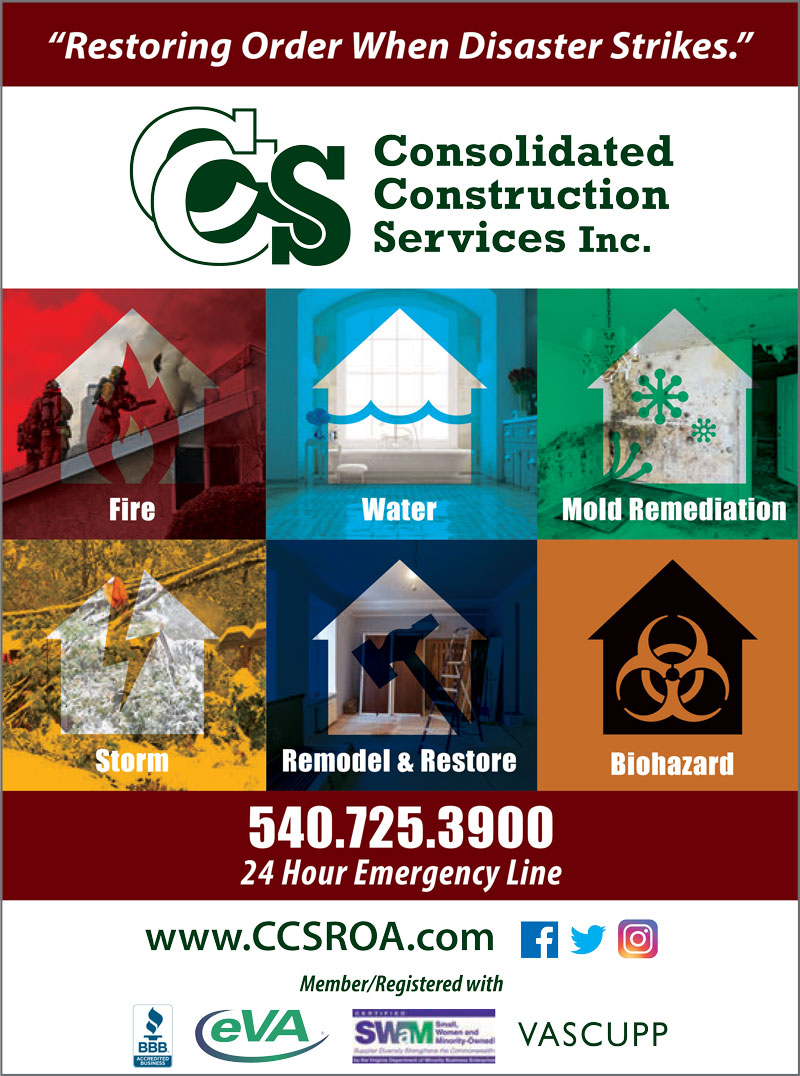