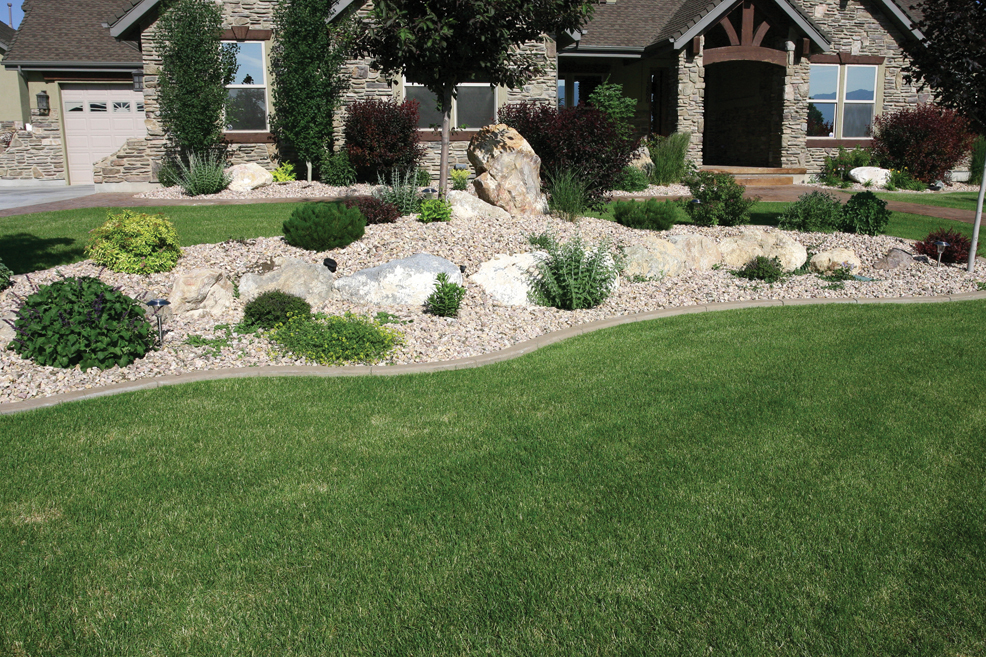 One of the delights of our part of the world is the rolling terrain. Grassy fields and hills provide scenic vistas aplenty, and nowhere is this more evident than around Smith Mountain Lake. But while a green lawn has long been the gold standard, increasingly, homeowners are looking for low-maintenance alternatives that free up time and effort without sacrificing curb (and dock) appeal. If you’d like to spend less time mowing and more time relaxing, here are some ideas to consider.

Groundcover refers to a low-growing plant, generally with a spreading growth habit, that’s under 3 feet tall. It’s excellent for controlling weeds, reducing soil erosion, and is a relatively easy solution for slopes too steep for mowing. Groundcover can take the form of vines, herbaceous plants, ornamental grasses and even shrubs. While there are many different types of groundcovers to consider, the amount of sunlight and the soil composition on your property will help to narrow down your choices. 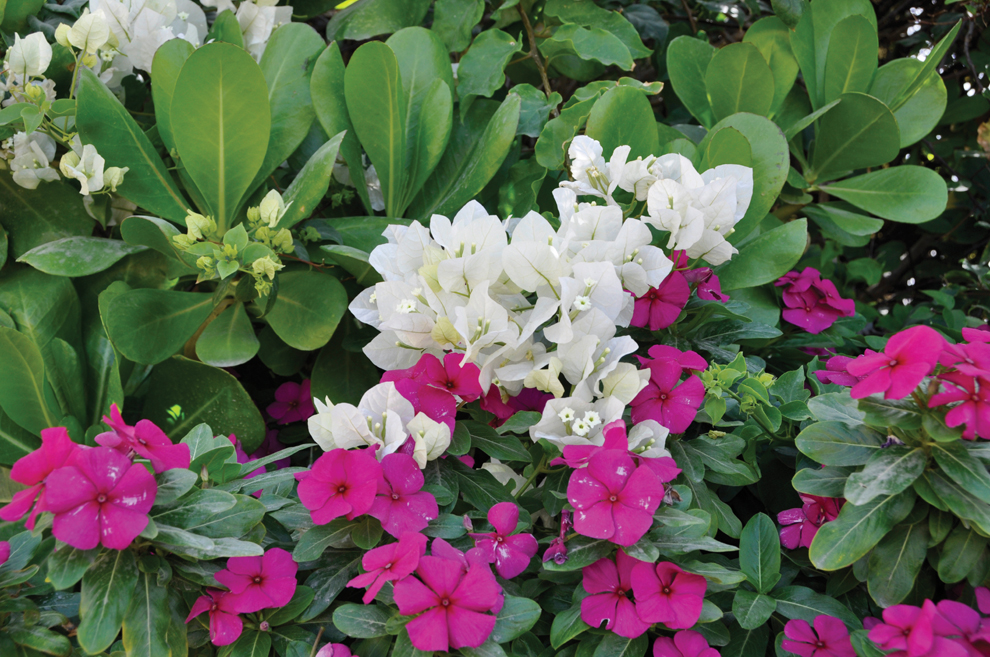 Evergreen and semi-evergreen groundcovers provide year-round interest. Periwinkle (also known as “vinca”), with its glossy green leaves and purplish springtime flowers, is a popular and attractive low-growing plant with trailing stems. There are several cultivars, including one with variegated leaves, which do well in a variety of conditions and are easy-care once established. Japanese pachysandra is another good option. It has dark green foliage, is durable, and, unlike some other groundcovers, does well under trees. It also has a variegated version. Creeping phlox has a grassy texture and is good for sunny spots. In spring it will erupt in a carpet of blooms—generally pink, purple, or white—and it also cascades beautifully over terraces and rock walls. Some creeping jasmines are hardy enough for Virginia winters (check with local nursery professionals for cultivars) and have the added benefit of that heavenly smell when in bloom. A less familiar option is Aaron’s Beard, (also known as “Creeping St. John’s Wort”) whose relatively new “Brigadoon” cultivar has golden leaves and yellow summer blooms that will brighten a shady spot.

For evergreen shrub groundcovers, Scotch heather has a delicate, feathery texture and small purple, pink, or white blooms in summer. Dwarf nandina offers year-round color in sunny spots, with bright green leaves in spring that darken during the summer season and turn red during cold months. Consider “Harbour Dwarf,” a low, spreading nandina. Certain cotoneasters are classified as “dwarf” or “creeping” (any plant with “creeping” in the name is going to be worth considering!). Cotoneasters generally have a bit of a wild, sprawling appearance, along with vivid orange or red autumn berries. In the holly family, “Soft Touch” Dwarf Japanese holly is a tidy, compact shrub which, as its name implies, has no prickles and grows 2 to 3 feet in both height and width. 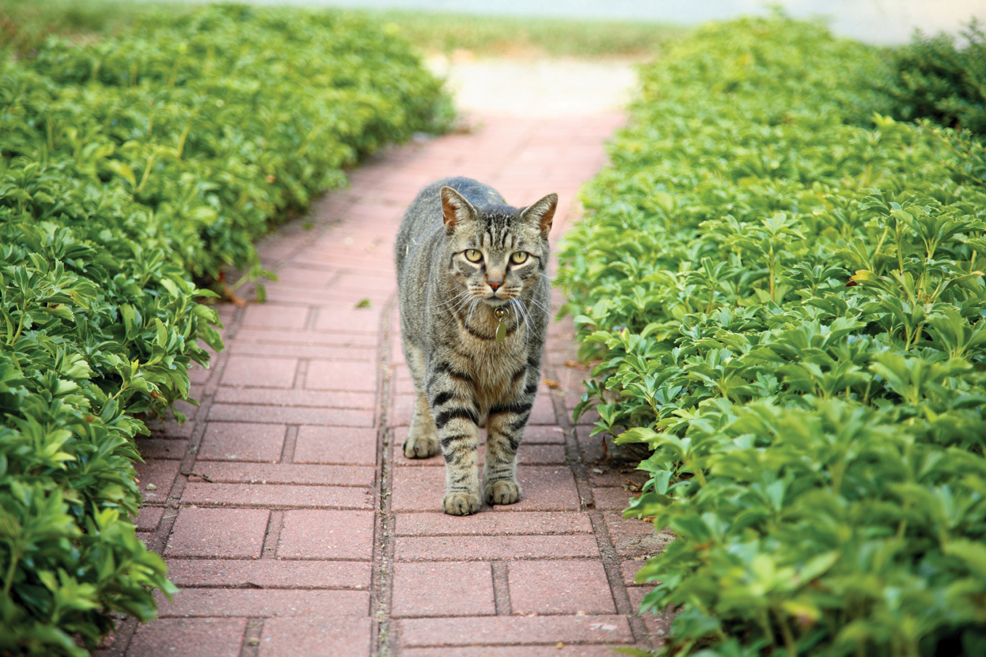 While juniper has suffered from decades of overuse (plus a tendency to brown when exposed to disease or incorrect shearing techniques), there are actually some creeping junipers—there’s that word again!—worth considering. “Shore Juniper” is drought tolerant (like all junipers it requires well-drained soil) and has bluish foliage. “Blue Rug” is only about 5 inches tall and forms a dense mat of silvery-blue needles. Finally, English ivy—traditionally planted under trees thanks to its vigorous growth habit—has fallen somewhat out of favor due to its invasive tendencies. However, it is an extremely effective plant for erosion control. Just remember not to allow it to climb any trees or vertical structures, where it can cause damage.

Perennial groundcovers, though dormant during winter months, allow you to expand your options for colors and textures. Creeping Jenny is a vigorous grower with cheerful lime-green foliage that turns golden in full sun. Ajuga, also known as “Bugleweed,” goes against the grain by being more vigorous in partial shade than in full sun, though its tendrils are easily redirected. It has dark, chocolatey-green foliage and produces spiky blue blooms in spring. Don’t forget succulents such as hen and chicks, and creeping varieties of sedum which are also known as “stonecrop.” “Dragon’s Blood” sedum features red flowers in summer, and the foliage itself turns red in cool weather.

Larger perennial choices include ornamental grasses, such as liriope and dwarf mondo grass, and herbaceous specimens such as hostas and ferns. Both types of plants are available in a range of colors, including variegated. Liriope and mondo grass are also great choices for edging, as their form helps contain mulch and soil. Hostas and ferns can be planted in drifts for a spectacular seasonal display, or used singly as accents. 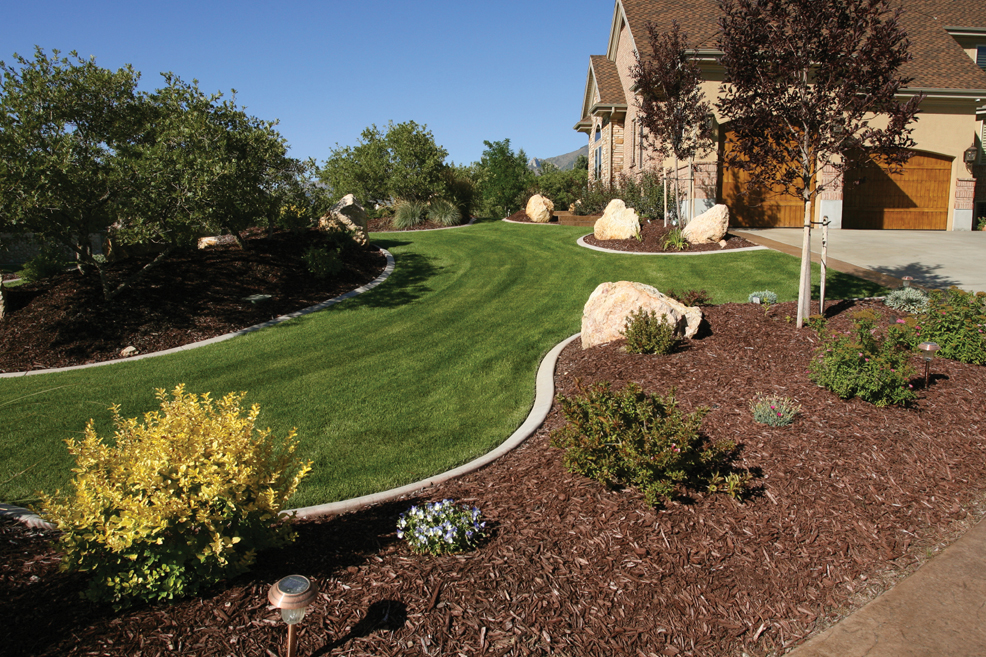 On level ground and gentle slopes, mulch is an easy alternative to grass. (On a steep slope, mulch will wash away unless the slope is terraced.) Mulch looks best when it is broken up by other features, so add a pathway and some plants, if possible, or even a bench or garden ornament. A curving border will soften the effect and add interest, especially if the border is a contrasting element, such as liriope or stone.

Not to be confused with the “rip rap” used to stabilize SML shoreline, specific types of rock can be used in landscape and garden settings to amp up the visual interest. A rock garden is formed from aesthetically arranged rocks in varying sizes, interspersed with plant life. Often tumbling and rugged, this look is especially stunning on a slope. A swale—a low-lying, often-marshy conduit used for water drainage and movement—looks wonderful when lined with smooth, rounded rocks. A meandering route adds enchantment to the swale, as does varying the rock size, and lining it with vegetation. Don’t forget that rocks also can be used in place of hardwood mulch. Pea gravel is charming and, when interspersed with river rock, has an appealingly tranquil quality. 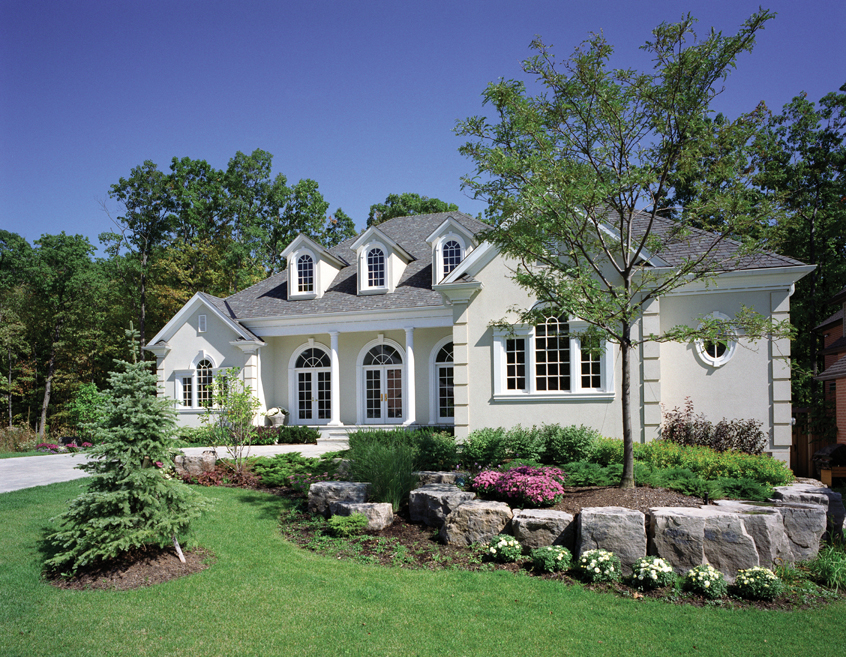 Incorporating lawn alternatives into your landscape will give you more time to enjoy your property instead of maintain it. It will also improve the look of your grounds by replacing bare slopes or tired lawns with features that add visual interest, especially when several different landscaping options flow together to create a designer look. Plants with connected root systems help control erosion on slopes, and many plants are an environmentally helpful choice as well, providing a boon for honeybees, birds and butterflies. Replacing grass with mulch or rock can reduce the use of high-nitrogen fertilizer and potentially toxic products. With all of these benefits, perhaps this year is a good time to make the switch.

Previous Post: Pack A Better Picnic: For The Boat, The Dock, The Island
Next Post: The Perfect Palette: Create A Restful Retreat Using Neutral Color Schemes 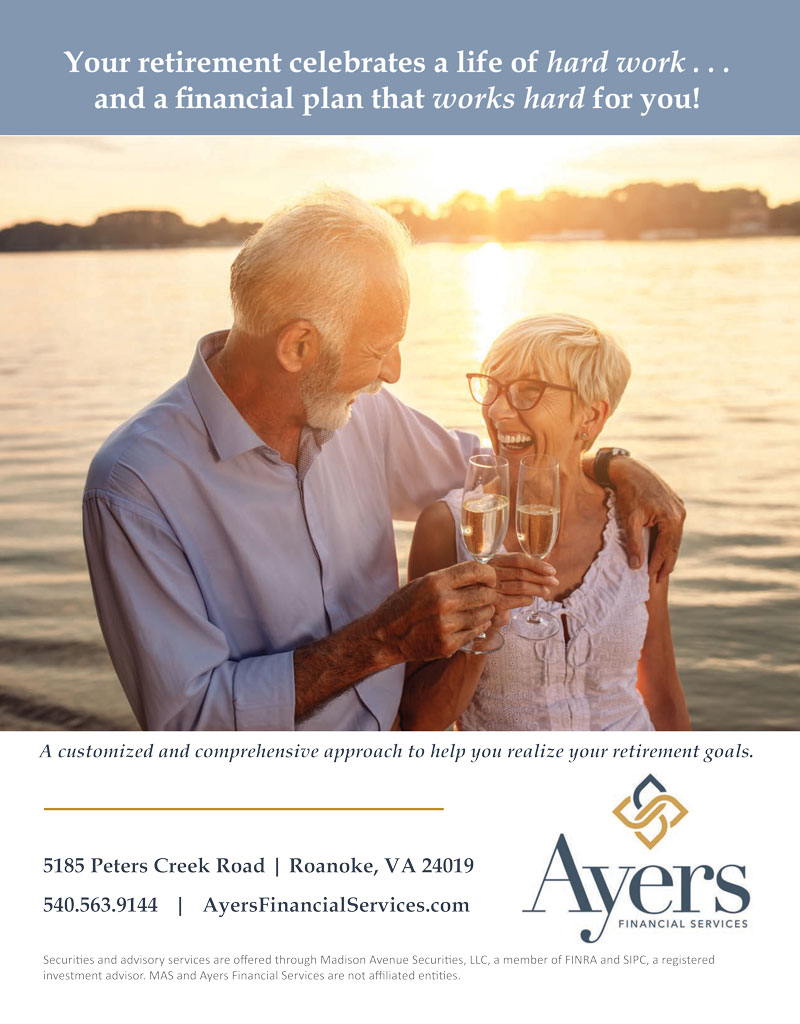