Lightning is flashing, the wind is blowing, the trees are bending and overhead wires are singing. Then … the dreaded flicker and, sure enough: lights out! You hold your breath for a few seconds, hoping against hope that this will be only a momentary lapse, that the circuits will reset and the lights will come back on again.

But they don’t. And it’s then that you think: “Darn, I wish I had followed through on that plan to get a generator. This outage could go on for days.”

A power interruption can be caused by circumstances other than thunderstorms, of course. Cars occasionally ram power poles, bringing down the wires. Winter sleet can accumulate on wires, making them droop and snap. Or short circuits occur due to mechanical failure somewhere in the transmission grid.

And of course it isn’t just the lights that stop working. Stoves, ovens and toasters won’t heat. Freezers and refrigerators won’t cool. Those who depend on wells can no longer do dishes or flush toilets. Computers go dark, making web searches impossible and leaving email messages unread and unanswered. The ability to charge cell phones, tablets and other devices is lost.

Fortunately, there are mitigation strategies for the power outages that are all too common in relatively rural areas such as ours. All of them involve purchasing and installing some kind of private power generation or storage system.

A Range of Solutions

Power generation equipment ranges from whole-house emergency back-up systems that kick in automatically when power flickers to small, highly portable gasoline or propane generators that will run a few lightbulbs, a hot plate, and a device charger or two. Bigger is better in an emergency, but bigger also requires a considerable investment in capability that will be used only occasionally. 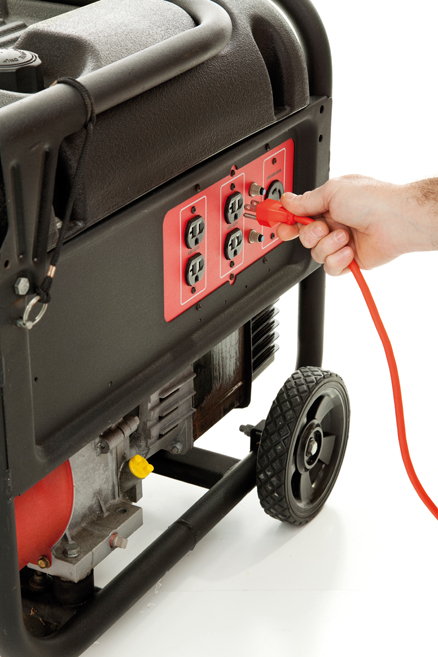 Still, when you need it, you need it. “That’s why,” says Richard Shively of Rocky Mount’s Shively Electric, “we installed over 80 whole-house generator systems, both new construction and retrofit, in our area last year.”

Shively’s most popular units run $8,000 to $10,000 and up, depending on size, control sophistication and installation factors. They are designed to automatically start when “line” power is interrupted and provide service to selected home circuits as they demand it. They disconnect when line power is restored, again automatically. They also fire themselves up periodically, performing automated tests to make sure they are always ready to respond to a power interruption.

“Time was when back-up generators were considered a luxury item—akin to a whole house stereo or central vacuum system,” Shively says. “Nowadays, more and more people think of them as a must-have part of a home’s operating systems—an essential for our power-hungry, device-laden lives.”

“And there are those for whom uninterrupted power is a medical necessity—for oxygen pumps or keeping medicines chilled,” adds Ted Puzio of Southern Trust Home Services, an area electrical contractor that also offers plumbing, HVAC and other home systems services.

Both experts point to manually operated power transfer setups, which rely on off-the-shelf portable generators as their power supply, as a lower cost alternative—usually $2,000 to $3,000 including purchase of a separate generator from a home improvement store or catalog.

But, says Shively, “…starting them, connecting the cables, and properly configuring the breaker boxes is a somewhat tricky physical task that some homeowners can’t do or prefer not to attempt—and which can be especially intimidating in the dark.”

Adds Puzio: “Those setups can also produce power spikes that will damage sensitive equipment like computers and flat-screen TVs. And there’s potential for them to feed power back down the lines, endangering utility workers who are working on circuits they think have been safely disconnected.”

Portable generator feed lines—heavy cables that resemble a boat or RV power connection cord—must also be disconnected and stored when line power resumes. Retail-purchased generators typically don’t have the “smart” technology to decide where electricity is most needed and aren’t large enough to provide whole-house service. And they require the homeowner to perform regular maintenance and testing to ensure that they are ready to go should a line power outage occur.

Puzio recommends that anyone who purchases a home generating system include a regular maintenance program. “You wouldn’t buy a car and run it forever without service. Generators sit idle for long periods, and that calls for periodic maintenance to keep them fit,” he says.

A back-up system based on California-based Tesla Motors’ rechargeable lithium-ion battery technology has recently been introduced. It stores energy that’s been harvested with roof-top solar panels and uses a liquid thermal control system and software to manage “dispatch commands” from a solar inverter. Dubbed “Powerwall” to reflect the normal garage-wall mounting of the battery pack, the inaugural system has a 10 kWh capacity, said to sufficiently power commonly-needed circuits such as a refrigerator, critical lighting, computer, alarm system and some electrical outlets; a pair of Powerwalls installed together, it is claimed, can support the majority of household loads, including heating and cooling. 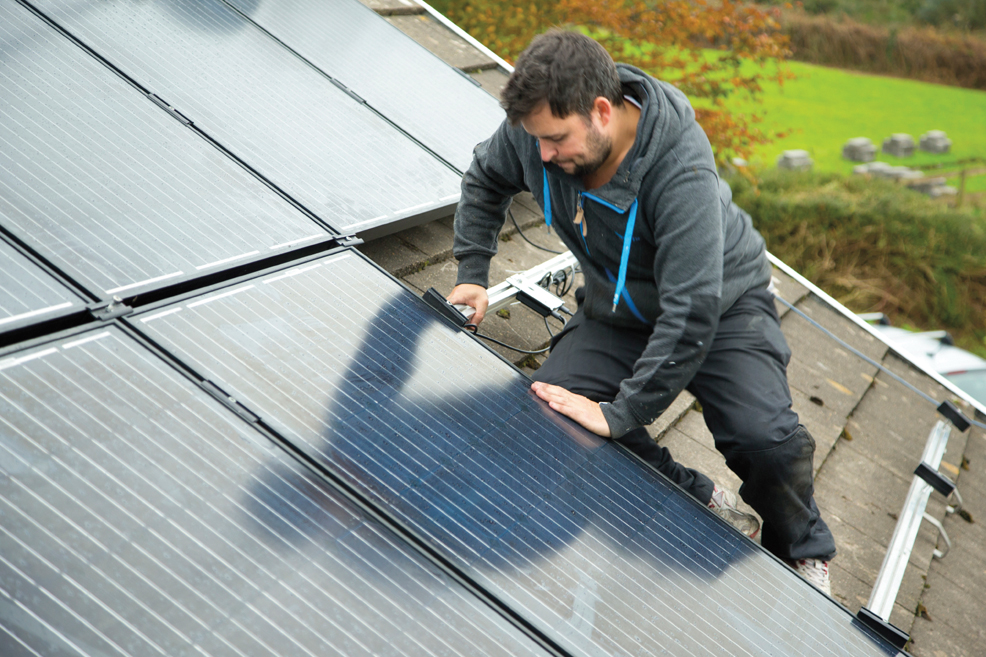 Closer to home is the Schlender Electric battery backup system offered through Saving Sunshine, which installs solar panels and related equipment in Virginia, West Virginia and North Carolina. Co-owner Nellie Holliday says they use a “string inverter” (as opposed to the “micro-inverter” that is used to feed excess energy from solar cell collection systems back into the power grid) to charge back-up batteries and keep them topped off.

“This roughly $25,000 system can operate critical home circuits for 2 to 3 days, given some level of sunshine for replenishment,” Holliday says. “We can also install a 7 kWh off-the-shelf gas generator to kick in and charge the batteries during periods of no sunshine.” They’ve installed several of these systems, “…mostly in areas of West Virginia where power interruptions are common.”

Some advance planning can also help take the sting out of power loss, even without a major investment in a back-up system. Most everyone has a cell phone these days, and you should be sure yours has downloaded one of the free flashlight apps. Unlike relying totally on your supply of regular flashlights, you’ll likely know exactly where your phone is—plus it’s less likely to have dead batteries than that flashlight stored in your kitchen drawer or hall closet (but remember that cell flashlights eat power rapidly; be careful not to run them dead and lose your emergency communication capability). Keeping containers of fresh water on hand is a good idea for well-water users, and a supply of candles, matches and non-tippy candle holders can lend a rather fun, romantic element to a short-lived evening power outage.

Previous Post: Living At The Lake
Next Post: Fab At 50: Celebrate Smith Mountain Lake’s 50th Anniversary With Our Favorite Ideas For The Lake Home And Garden 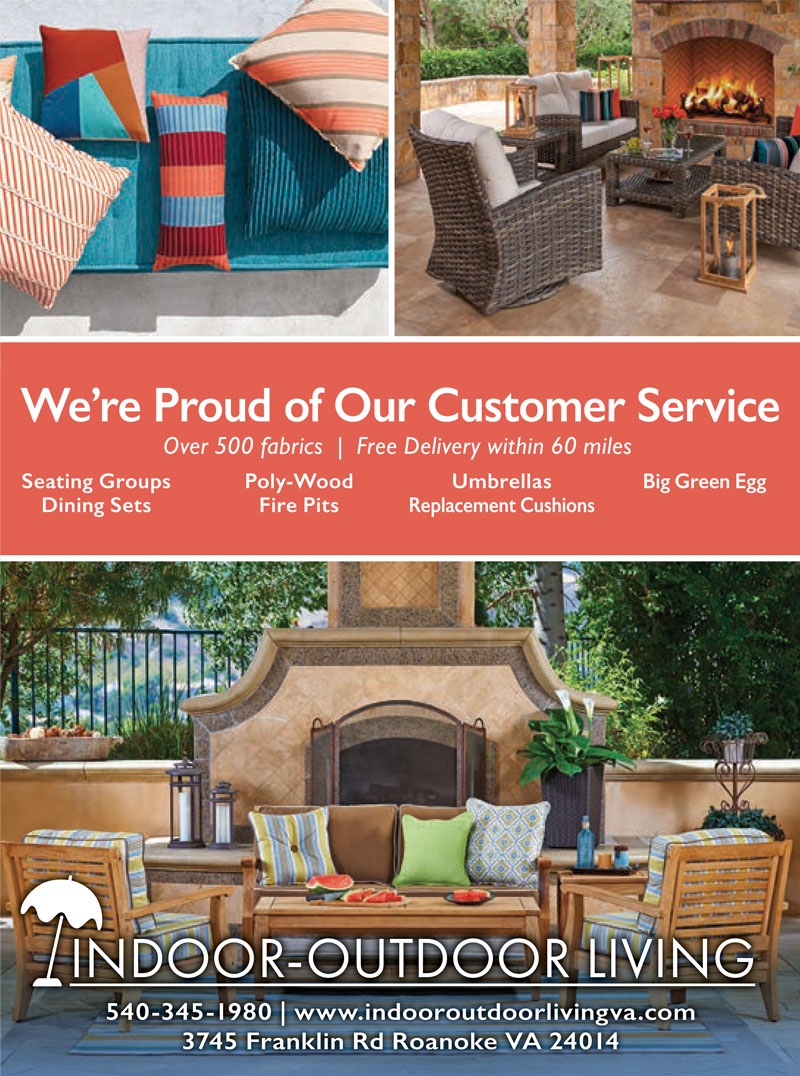